As mentioned above, the key to control the rotation of the rotor is to reverse the current passing through the coil when the rotor turns to the appropriate angle, so as to change the magnetic pole at the end of the coil, and generate repulsion force or attraction on the rotor, so as to make the rotor rotate the angle of the next stage.

How to grasp the timing of current commutation? In other words, how do I know where the rotor is now?

This requires the use of Hall sensors. In the interior of BLDCM, Hall sensors are installed, the number is generally 3. 2. How does Hall sensor get rotor position?

With the hall sensor, we can know the position of the rotor. 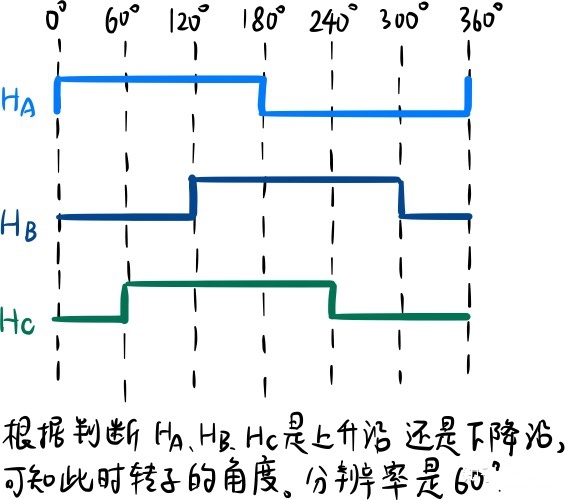 3. How to control the rotation direction of BLDCM?

Change the order of current commutation. For example, from u → V to V → U.

4. How to control the speed of 48v brushless dc motor?

We know that the permanent magnet rotor of 48v brushless dc motor is driven by the repulsive force and attraction of electromagnet (coil). Therefore, the greater the current through the coil, the stronger the magnetic force, the faster the rotor will rotate.

Because the power supply is DC, we usually use PWM (pulse width modulation) to control the current through the coil. The simple principle of PWM is as follows.

Therefore, when the 48v brushless dc motor is powered on, the opening and closing of FET can be controlled continuously by single chip microcomputer, which can make the coil in the state of power on and power off repeatedly. If the power on time is long, the electromagnetic force generated by the coil will be strong, and the rotor will rotate quickly. 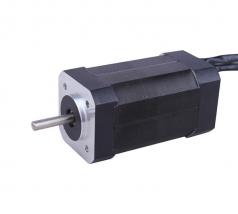 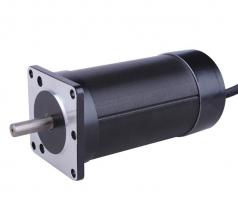